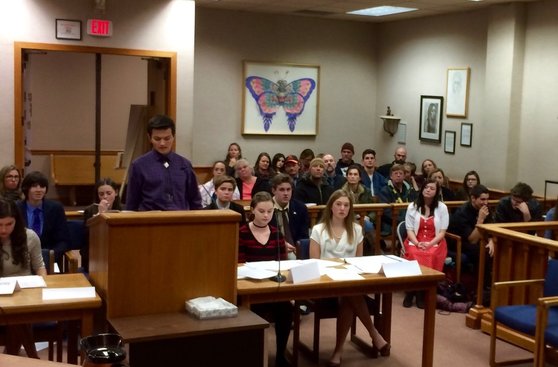 This Mock Trial project revolved around the book “Things Fall Apart.” “Things Fall Apart” is a book about African history, it took place in the 1890-1900’s in the small village of Umuofia and we (the students) were taught about the Umuofian culture and events that took place inside it.  In this trial the Plaintiff side was trying to accuse the Europeans of causing Okonkwo’s (main character) death.  Both sides were very convincing and came well prepared with well questioning and answering but overall, the defense won therefore, it’s was not the European’s fault for Okonkwo’s self doing.

In the Mock Trial I was a jury member which is also an important and needed role.  As a jury member my job is to pay active attention during the entire mock trial, takes notes if needed and in the end compile all of the arguments and rule out which party was more persuasive.  In my opinion, both sides were very convincing and came well rehearsed and prepared but, the defense thought of better arguments, had better questioning and had lots of objection to the Plaintiff side.  For example: the defense stated Okonkwo was a terrible father to Nwoye, Okonkwo hated how Nwoye wanted to be christian and Okonkwo tried to kill him.  This is super strong evidence, stating the Okonkwo was unstable and it was overall his own doing to kill himself.  The Plaintiff party did very well too, they had good questioning and their opening statement was very polished and it really put their best foot forward but, they did not think of the best arguments, like they could have.  I also worked on making 5 out of the ten posters describing the different witnesses in the trial.

Ever since I was little I’ve been intrigued by art.  In this project I was able to use my artistic skills by making posters of the “Things Fall Apart” witnesses.  In order to create an aesthetically pleasing poster I had to use my graphic design techniques I learned last year in digital art class.  I am overall very proud of the posters I created.  I worked very hard in class and I used Photoshop to touch up on the images and finalize everyone's posters.  I also believe that this project helped me improve my leadership skills.  When others in our group weren’t working, I would use my leadership skill and try to advocate in order to get everything done in time.  My skills with Photoshop are dramatically improved and I will be much more prepared for digital arts next year.
​Here is my evidence: This is one poster I completed in PS. 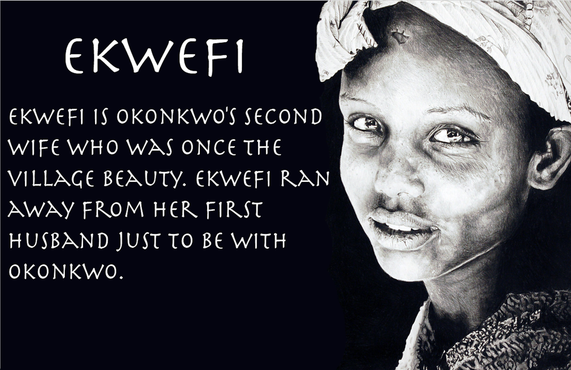 After reading “Things Fall Apart” I now have a deeper appreciation for different cultures and values.  I believe that one’s “norms” comes from your environment or society around you.  Have you ever heard the quote “You are a product of your environment”?  I strongly believe that this is true.  In “Things Fall Apart” the culture seemed very different and odd to us as a reader but, to the Umuofians it was normal because they grew up and were raised in that culture.  As a young child you learn from the people you trust the most (your parents) and for the most part, you eventually adapt to your society around you and learn from your superiors.  ​