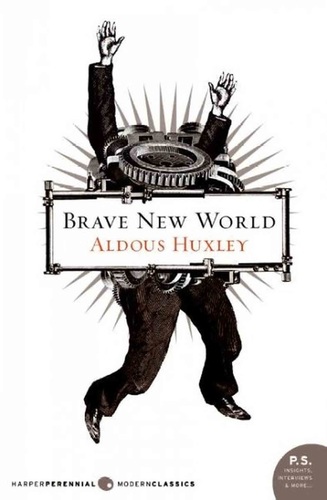 1. I think that Aldous Huxley was trying to send a message to about our technology. Maybe Huxley was trying to open our eyes into the fact that our society is becoming into the Brave New World.  Maybe Huxley is saying If we continue the way we use technology now, then our world will end up like the Brave New World. Another message Huxley could be sending is that Consumerism and materialism can destroy the human soul.  One of the problems in the book is that people want things more than they want a to live a life of freedom.

3. I think what John means by not responding is that in that society there is not enough consequences and life is too easy.  For example: When people are sad, angry or guilty they take Soma to get out of their problems and take a holiday from the real world. Since John is comes from the reservation he has been socialized in a different way so he is not used to having these norms.

4. In my opinion 44% of our society is focused on comfort 6% is focused on the truth and 50% is focused on beauty.  A big part of our culture in our society is consuming and buying things that we don't need for our comfort.  A very small percentage of our world is actually paying attention to the truth of things, I personally believe that a lot of people don't always want to know the truth of things.  Our world is so busy and we are constantly seeing things that distract us from the truth.  Most of our world focuses on Beauty because it is strong part of our culture and everyone has this instinct built into them that they want to fit into the norm and culture of everyone surrounding them.

I made a comment in the seminar that I’ve been thinking about for a while.  My comment was that "what would happen if we had no socialization?"  In the socialization project we watched a video that talked about a little girl who was abused and locked  in a room her whole life.  This little girl didn’t know how to speak, walk or how to talk.  I wonder if I was put on a planet alone what would happen..  Would I loose my ability to speak english?  Would I still think in the same ways I do now?  Would I be happy?

In our first seminar I was very nervous and I wasn't interested in the subject we were debating. In this seminar I was less nervous and felt pretty confident because I understood this book and was excited to talk about.  In this seminar I did a good job with making connections to other comments, asking lots of questions from the text and engaging with others who had less to says.  Where I wish I would have done better is with my evidence references.  I need to be organized because I forgot to bring my Brave New World book that had all my annotations with it.  If I had this I could have used a lot more referenced a lot more quotes/evidence.

A key idea from this book I will take away is that happiness is a choice.  Brave New World is not a happy society because the characters are not allowing themselves to be. In this book whenever life becomes too challenging, they give up and take Soma.  “You will never see the rainbow unless you get through the storm.”  If you don't experience anger, frustration, boredom, sadness etc.. you will never know how it truly feels to experience happiness. 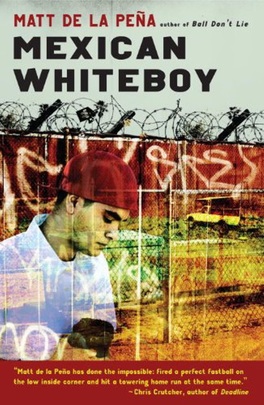 Socialization has influenced Danny and Uno to wear a typical man box themed mask.  The man box contains the characteristics men are taught to have as they grow up, here are a few examples: Men do not cry, or express emotion, they are athletic/tough and demonstrates power or control (especially over women).  In the book “Mexican Whiteboy” Uno shows his power by fighting against two other boys, “Uno breaks free and pounces on carmello.  He gets him in a tight headlock, tries to choke the life out of him.”  Danny Lopez the main character of “Mexican Whiteboy” examines an athletic mask “Danny circles the mound, his insides tensing up.  That was the worst pitch he’s thrown all summer.”  Danny and Uno are not the only boys in this book that examine these traits.  Almost every boy is taught to have certain traits that are specific to how their gender acts.  It’s not fair that you need to warp your identity into certain stereotypes of your gender.

Mexican Whiteboy is a book about a sixteen year old boy named Danny Lopez who is half Mexican and half Caucasian.  He lives in a wealthy northern San Diego county and the town is somewhat split amongst race.  Since Danny is half Mexican he is mainly socialized by other mexicans.  Throughout Danny's life he is realizing what it feels like to be a target in society and how his life would be differ if he was a full caucasian and was given the advantage.  Danny’s friend Uno is an African American and in “Mexican Whiteboy” Uno says: “You gotta understand somethin’, Danny.  You goin’ places. You gonna be somebody.”  This quote captures how even being half caucasian is looked up upon by other races.  Uno describes how he thinks Danny will have more benefits in education and overall success because of his race and this is not fair!

This book made me much more compassionate toward Targets.  I’ve picked up a few traits of a Mexican culture: they dress with many tattoos and jewelry and are very self responsible and independent.  In reading this book, I now fully understand the meaning of being kind and how harmful it is to label anyone based on your negative values.  Your race, economic class or physical appearance is, it’s not important, what is, is who you are through all of that.  This book reassured me that everyone is constantly being socialized and the key is to be yourself.

In the seminar we addressed/discussed about race and how it affects one another. This reminds me of my recent socialization project, where I also addressed race.  I came to the conclusion that in order to break our mindset of race we need to become aware that our society is poorly stereotyping other races and to stop being influenced or socialized by other individuals.

During the seminar I was very attentive.  I listened and understood the meaning of comments made by peers simply because I was engaged with the reading, Mexican Whiteboy.  This shows just how important it is to not only know the facts but to absorb and fully understand them.  If you are not engaged in a subject it is typically easy to fall of topic resulting in you not learning to the fullest.  After reading this book I now fully understand the importance of becoming engaged and making something fun.  I am now able to carry this lesson with me to help me succeed in future assignments.

My favorite line from Mexican Whiteboy is: “He's Mexican, because his family's Mexican, but he's not really Mexican. His skin is dark like his grandma's sweet coffee, but his insides are as pale as the cream she mixes in.”  This simile perfectly describes what Danny Lopez is going through at this stage in his life.  Danny lives in an environment where he is surrounded by Mexicans but, fits into a more caucasian lifestyle.  He is on the debate between who he is a Mexican or Caucasian, he wants to be one, not both.